As early as 14th Century there is thought to have been a place of Christian worship on the little hill on the south bank of the River Tame.

An ancient “preaching cross” still stands in the Old Churchyard, Old Church Road. It is thought to go back to those early times and that the Wesley brothers may have preached there.

Several buildings (chapels of ease) are thought to have existed on the site, the last of which was demolished in the 1880s after the new Parish Church of St Peter & Paul was built and consecrated in 1879.
The “Chapel of Ease” in Water Orton was looked after by clergy from Aston Parish Church, also St Peter & Paul’s. The visiting clergy from Aston would have crossed the River Tame just below the Old Churchyard, using a wooden bridge. The name Water Orton is thought to be derived from ‘Water Overton’ – a name, no doubt given for the crossing point of the River Tame. A bridge is mentioned in 1459 as being out of repair. The existing stone bridge was built about 1520 by Bishop Vesey and is mentioned on his tomb in Sutton Coldfield Church.

Water Orton becomes a parish
The first Vicar of Water Orton, Revd Howard Watson, was appointed in 1870 and Water Orton was constituted an ecclesiastical parish in 1871. Interestingly, the Methodist Chapel was built around the same time, in 1868. 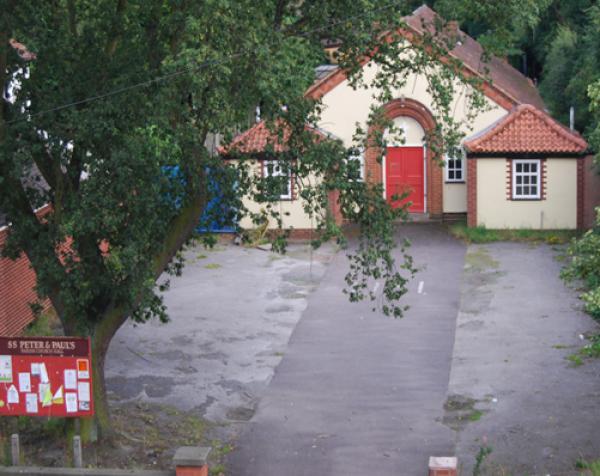 In 1925 vicar Morley (1910 – 1928) Purchased land from Stephen Harold Digby Wingfield Digby in order to build a “Church Room”. Around 1930 vicar Chavasse (1929 – 1939) appealed to the whole village for funds to build on the land purchased by his predecessor. The “Parish Church Hall” was built and dedicated in 1932 by the Provost of Birmingham.
Through its 77 years of use it has been a centre of church and village activity, hosting clubs and societies, public and private events. A Sunday School ran there for many years; a Playgroup also. It became the home of the local amateur theatre company “The Company of the Curtain” who produced plays there until 2008. The village library was contained in a wooden hut at the back of the hall.
During war years the hall was the centre of entertainment for the village, with many dances. Many older married couples tell how they met their partners on the dance floor there.
In 2007 the decision was made to close to Parish church Hall and architect from Nigel Axon was appointed to design a new hall in Sept 2008. Building work began in August 2009, and was completed in March 2010. The funding for the new hall, now known as The Link, was from the Robert Lloyd Charity.

Robert Lloyd
In 1687 The Revd Robert Lloyd (perhaps vicar of Middleton or Wishaw), left a bequest, The bequest was in the form of some land and property. It has become known as The Robert Lloyd's Charity. Trustees of the charity are appointed by order of the Charity Commissioners.
A Charity Commissioners Scheme Sealed 10th June 1993 states that the purpose of the Robert Lloyd Charity is “for the religious and charitable purposes of the Church of England in Water Orton” and that the trustees are the Parochial Church Council.
Resources from the Charity enabled the building of the extension and complete refitting of the Church – completed in 2001. (Architect Peter Brownhill)

The Church Spire
1987 The Spire was declared unsafe, and was dismantled, to the great sadness of many villagers. It cost approx £20,000 to take down – mostly met by the church here with help from the Diocese of Birmingham, and a little help from the village. 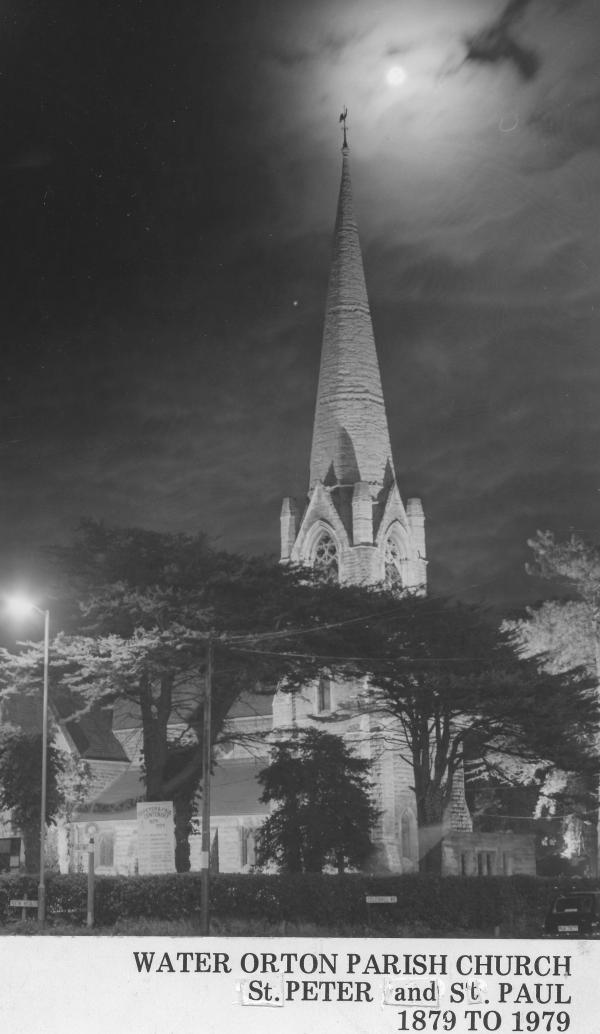